Cancer treatments developed using animals have consistently had a high failure rate. Less than 8% of treatments that are effective in animal models show similar success in human clinical cancer trials.

This is true even for research using mice who are genetically manipulated to grow human tumors, as well as directly implanting human tumors into mice, a process referred to as a “mouse avatar.”

Researchers believe that one of the reasons they fail is because tumors implanted into animals do not share what is known as the “tumor microenvironment,” referring to the complex biological setting of tissues, blood vessels and unique cellular components that surround the tumor and influence how it progresses.

Now scientists at the Universities of Manchester and Nottingham have been awarded £417,000 ($638,000 USD) from the National Centre for the Replacement, Refinement & Reduction of Animals in Research (NC3Rs) in the UK, with the goal of developing a hydrogel that matches the biological composition of human breast tissue. 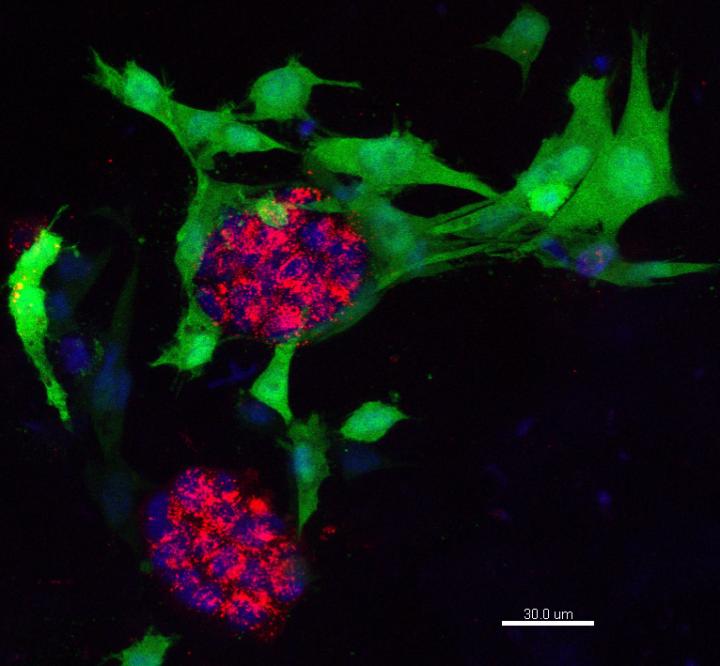 Strong evidence indicates that breast cancers are affected by the interaction between adjacent cells and tissues. The normal proteins and sugars found in breast tissue are different in cancer states and these abnormalities appear in early stage cancer.

The hydrogel technology, developed at The University of Manchester, will simulate these characteristics of breast tissue.  It will also mimic the density of breast tissue, another important factor in predicting the progression and recurrence of the disease.

Dr. Cathy Merry, one of the project developers, explains how the gel offers advantages over using animals.  “By developing a bespoke gel which can be programmed to behave in the same way as human breast tissue we will be able to investigate how cancers are influenced by the adjacent normal cells and the non-cellular stroma without the need to use animals.” 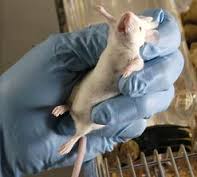 “Currently non-animal tumour models poorly represent the complex environment experienced by cancer cells but the approach planned with this gel has the potential to replicate the cancer environment seen in humans.”

Preliminary evidence using the innovative gel technology has shown that it will help determine mechanisms of action in breast cancer.

“The advance is that complex interactions can now be studied in a highly systematic and reproducible way,” explains Dr. Tony Howell at the University of Manchester. “Understanding the interactions will potentially lead to new approaches to breast cancer prevention and treatment. Thankfully these experiments are now possible without animal models thus saving animals and on expense. ”

The British research team believes the emerging gel technology can be used to study the microenvironment of other sold cancers.

In fact, similar research is already underway at the University of Illinois at Urbana-Champaign, where a team of materials engineers have developed a cell habitat of hydrogels to realistically and quickly recreate microenvironments affecting solid tumors.