A new breakthrough in toxicity detection has led to the first animal-free screening platform that accurately predicts the danger of drugs and other compounds on the human kidney.

Scientists at the Institute of Bioengineering and Nanotechnology (IBN) in Singapore have developed a platform that uses human cells and sophisticated computer modeling to create a highly efficient and automated method for predicting the chance of kidney (renal) damage, a process known as nephrotoxicity.

IBN is a division of Singapore’s Agency for Science, Technology and Research (A*STAR), the leading public sector agency for scientific advancement in Singapore. 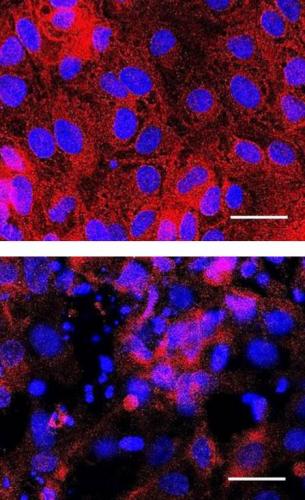 Kidneys, which are responsible for filtering and eliminating waste products in the body, are especially prone to drug-induced toxicity. The IBN platform uses automated cellular imaging to discern precise mechanisms of cell injury, allowing for an increased understanding of how drugs act at the microscopic level.

Dogs and rats, and to a lesser extent monkeys, are most typically used for painful and often deadly renal toxicity tests that are expensive, lengthy and unreliable due to inter-species difference.

A single toxicity trial can use 160 rats and 32 dogs, spanning weeks to months. Animals who survive one trial may be used in subsequent trials, depending on the outcomes. Almost all die, either as a result of the toxic exposure, or are killed to study their tissues. 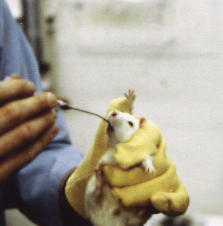 Animal models of renal toxicity have not accurately predicted drug response in humans. One in four cases of acute renal failure in human patients is due to adverse drug reactions.

The pharmaceutical industry reports that 30% of drugs that show potential in the early stages of development fail due to evidence of nephrotoxicity. These failures weigh heavily on the overall cost of drug development which ranges from $1 – 2 billion per drug.

The innovative screening platform developed by the IBN team utilizes human induced pluripotent stem cells (iPSCs), which are stem cells derived from readily obtainable surface cells, like skin. These are then bio-engineered into renal cells. Once a very scientifically esoteric process, increasing advancements in stem cell technology are enabling scientists to use this very powerful process to develop highly effective and versatile stem cells.

The IBN researchers incorporated the use of a process known as “machine learning” to boost the platform’s efficiency. Machine learning is an outgrowth of computer science that uses data mining and pattern recognition to interpret large quantities of data.

According to IBN lead researcher Dr. Daniele Zink, "We have developed the fastest and most efficient protocol for generating kidney cells from induced pluripotent stem cells. Within eight days, it yielded highly pure kidney cells that were suitable for compound screening. … [and] allow us to predict drug-induced nephrotoxicity with great accuracy.” 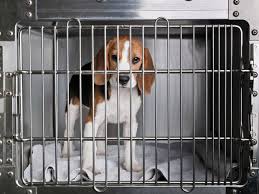 The new renal screening platform demonstrates how cutting-edge human-cell based technology can dramatically surpass the inhumane use of animals for toxicity testing.