Contact the US House Energy and Commerce Committee to support H.R.2858

Sign the letter to contact the House Committee on Energy and Commerce to support the Humane Cosmetics Act!

On June 23 The Humane Cosmetics Act was introduced in the U.S. House of Representatives by Congresswoman Martha McSally (R-AZ). This bi-partisan bill would prohibit the use of animal testing for cosmetics sold or manufactured in the United States.

The bill is currently in the House Committee on Energy and Commerce. Please join CAARE in contacting the members of the committee to support and co-sponsor the Humane Cosmetics Act.

With only seven co-sponsors, H.R. 2858 needs a great deal more support from Congress to become law.

Non-animal tests for product safety are accurate and have been in wide use for over two decades.

One company, In Vitro International (IVRO), has been developing non-animal test methods since 1985.

IVRO developed The Irritection Assay System, a completely non-animal test designed to predict the capacity of a substance to cause eye or skin irritation.

The standard animal test to detect eye irritancy is the Draize test which places chemicals into the eyes of rabbits who are restrained to keep them from rubbing the painful chemicals out of their eyes, a process that can last for weeks and result in scarring and blindness.

Most people think the Draize was banned years ago, when the public was made aware of this extreme cruelty. But they are sadly mistaken. 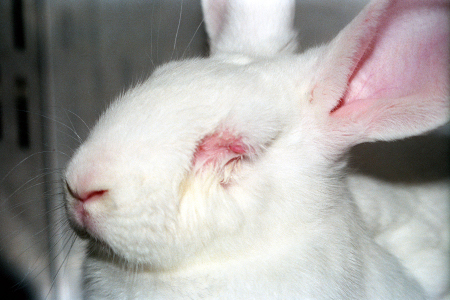 In addition to sparing significant animal suffering, the Irritection Ocular test offers a huge savings of time and money over animal tests. Results may be obtained in as little as five hours, versus the standard two to three weeks required for animal tests.

Tests for ocular (eye) irritation are based on the knowledge that corneal irritation occurs when chemicals disrupt the normal corneal proteins. By mimicking these biochemical phenomena, the Irritection Ocular test is able to calculate an "irritancy score" that has been shown to be directly related to the potential corneal irritancy of the test material.

In Vitro International also developed Corrositex, a non-animal test that mimics the effect of corrosives on living skin. 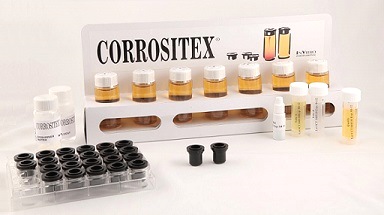 The Corrositex system utilizes a chemical that changes color or texture when it encounters a corrosive substance. By placing a manufactured biomembrane over a vial, the tester can determine how long it takes the substance to eat away at the bio-barrier, and determine not only that it is corrosive, but how caustic it is by timing how long it takes for the color or texture to change.

Test results are obtained between three minutes and four hours, versus the standard animal test which takes two to four weeks.

These are just two of many excellent, reliable non-animal methods available that should be used exclusively to assess the safety of products without subjecting animals to considerable suffering and death.

It’s time to end the Reign of Terror that uses animals in crude, cruel cosmetics tests!

Contact the House Committee on Energy and Commerce to ask the members to co-sponsor the bill and move it forward toward becoming the law.

Thank you for taking action to help animals today!