Tucked away in the beautiful Rocky Mountains of Montana, a government laboratory is carrying out painful and sickening experiments, infecting animals’ brains with deadly prions to study Chronic Wasting Disease. 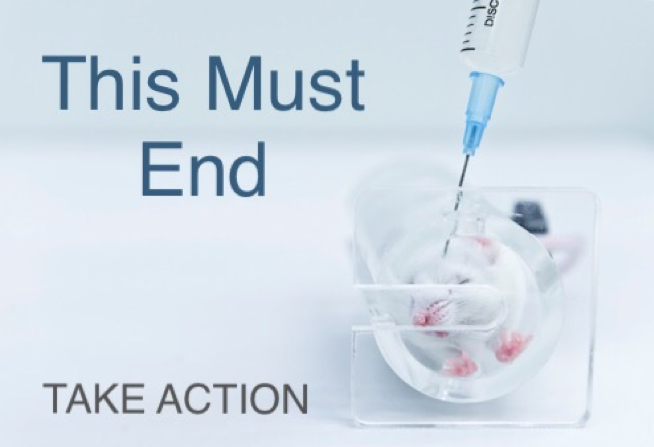 Prions are abnormal cell proteins that are believed to have infectious properties that attack the brain, resulting in fatal neurological diseases. There are several forms of the disease that can affect humans and animals. Chronic Wasting Disease (CWD) is one type that infects deer, moose and elk.

In order to find out if CWD is transmissible to humans, the National Institutes of Health has funded several multi-year experiments on mice and monkeys. CWD causes great suffering to infected animals and is characterized by emaciation, abnormal behavior, loss of bodily functions and death.

In one study, 19 monkeys had a hole drilled into their skull through which infected deer/elk tissue was injected into their brains, while 21 monkeys were literally force-fed several times with infected tissue. 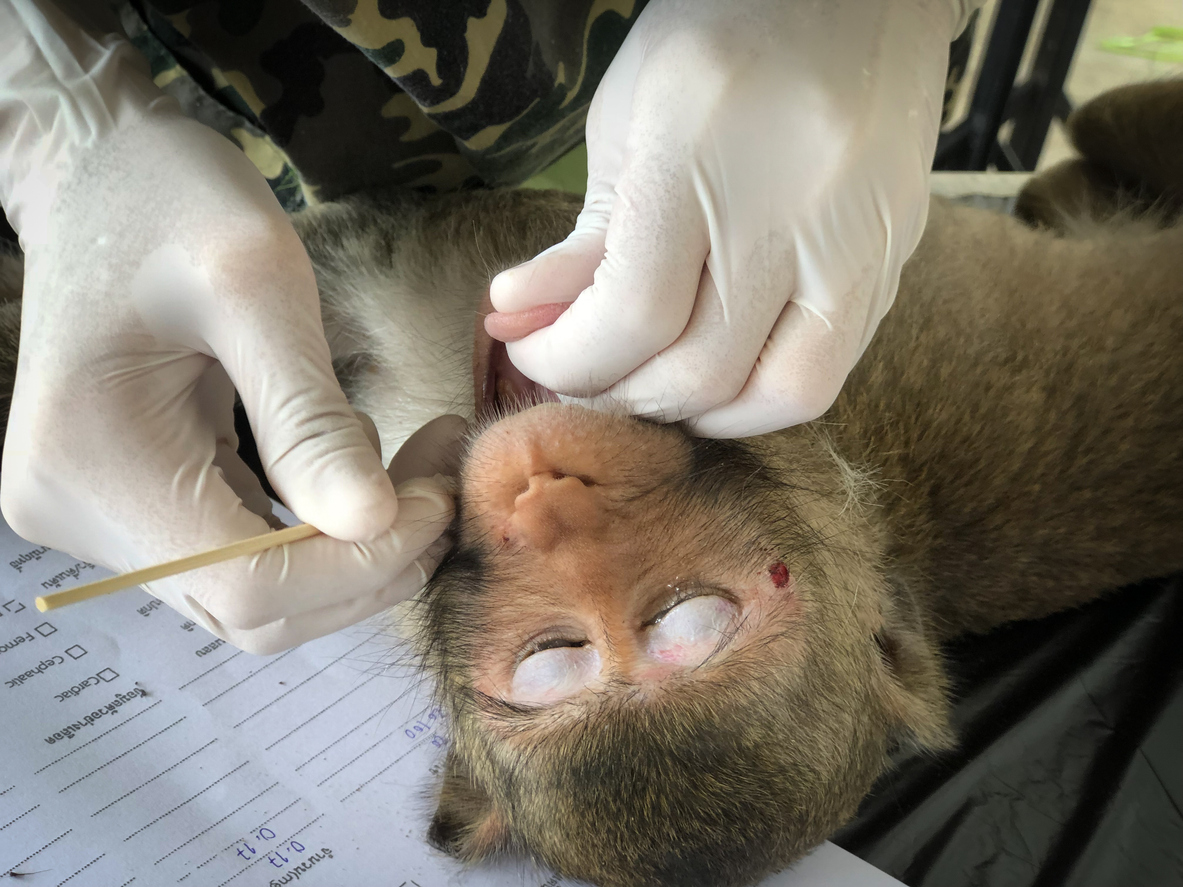 In another study, 108 mice had infected tissue injected into their brains. Those who were afflicted with prion disease experienced weight loss, difficulty walking and loss of body control. However, most mice turned up negative for CWD infection, demonstrating how experiments on one species often yield results that are dissimilar to another.

Most of the monkeys used for the CWD experiments were captured from the wild before they were infected more than 13 years ago, and kept alone in cages, isolated from each other and from the world before they died. 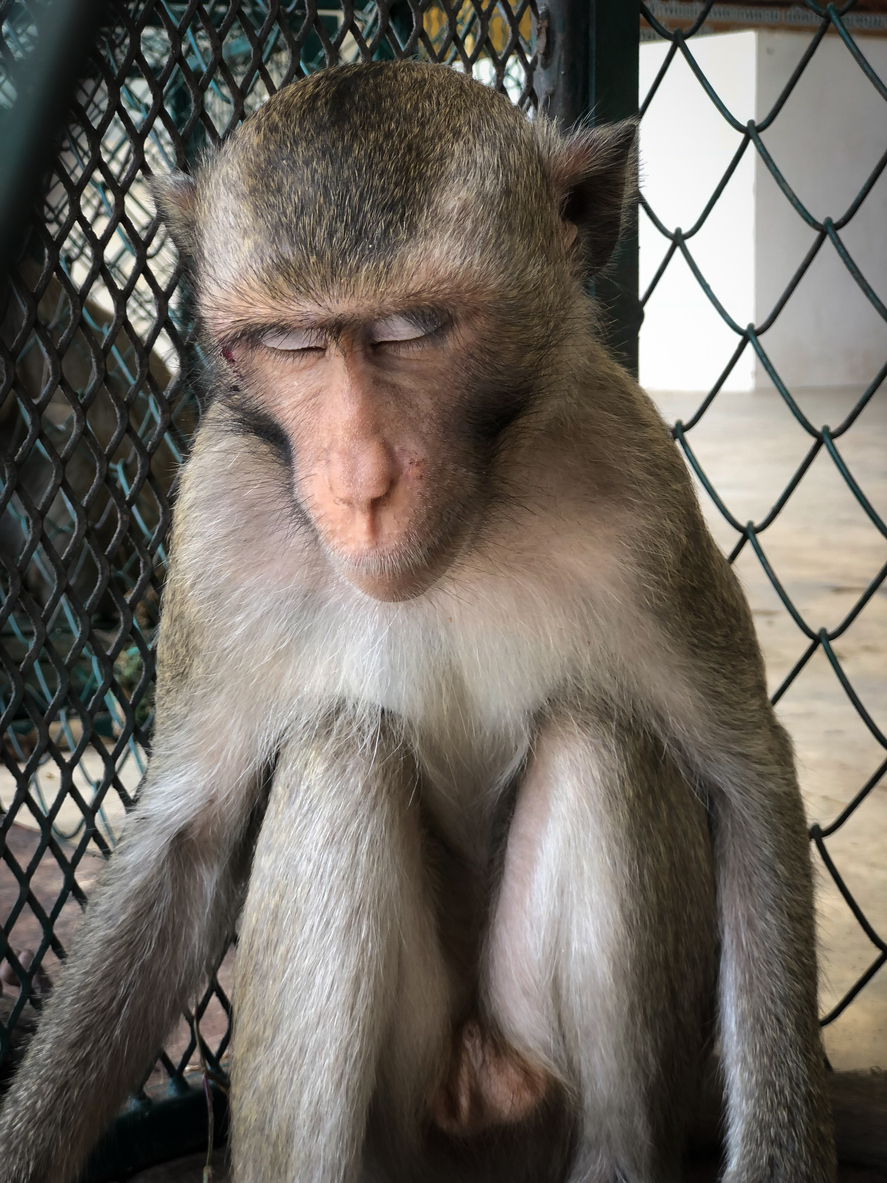 After many years of misery, the results of these grotesque animal experiments for CWD research are vague and mixed, summarized by a published scientific review that concluded a “high level of uncertainty” regarding possible transmission of CWD to humans.

These atrocious experiments are not only cruel and inconclusive, they are unnecessary. In a new study conducted at the Rocky Mountain Laboratories, a cerebral organoid model made from human cells, or a “mini-brain”, was used to study a deadly prion disease that affects humans known as Creutzfeldt-Jakob Disease (CJD). 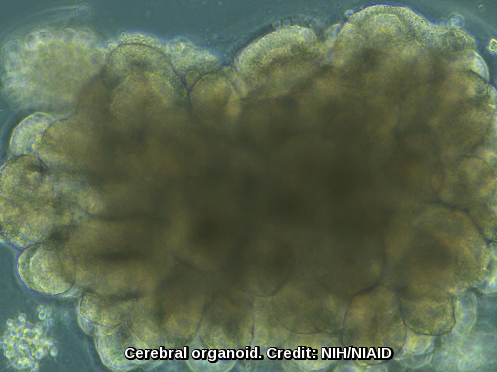 Because organoids can survive for months, scientists were able to infect the mini-brains and observe the changes as the disease progressed for over six months. The human organoid model shows tangible promise to provide human-relevant detail to uncover precise information about cell damage in prion diseases, ultimately leading to treatments for this deadly disease.

Please send a polite letter to NIH today to demand that these inconclusive and cruel experiments on animals be replaced by cerebral organoids.

One of the main goals of the research was to understand transmissibility of CWD to humans, but animal experiments have failed to yield convincing results about contagion. 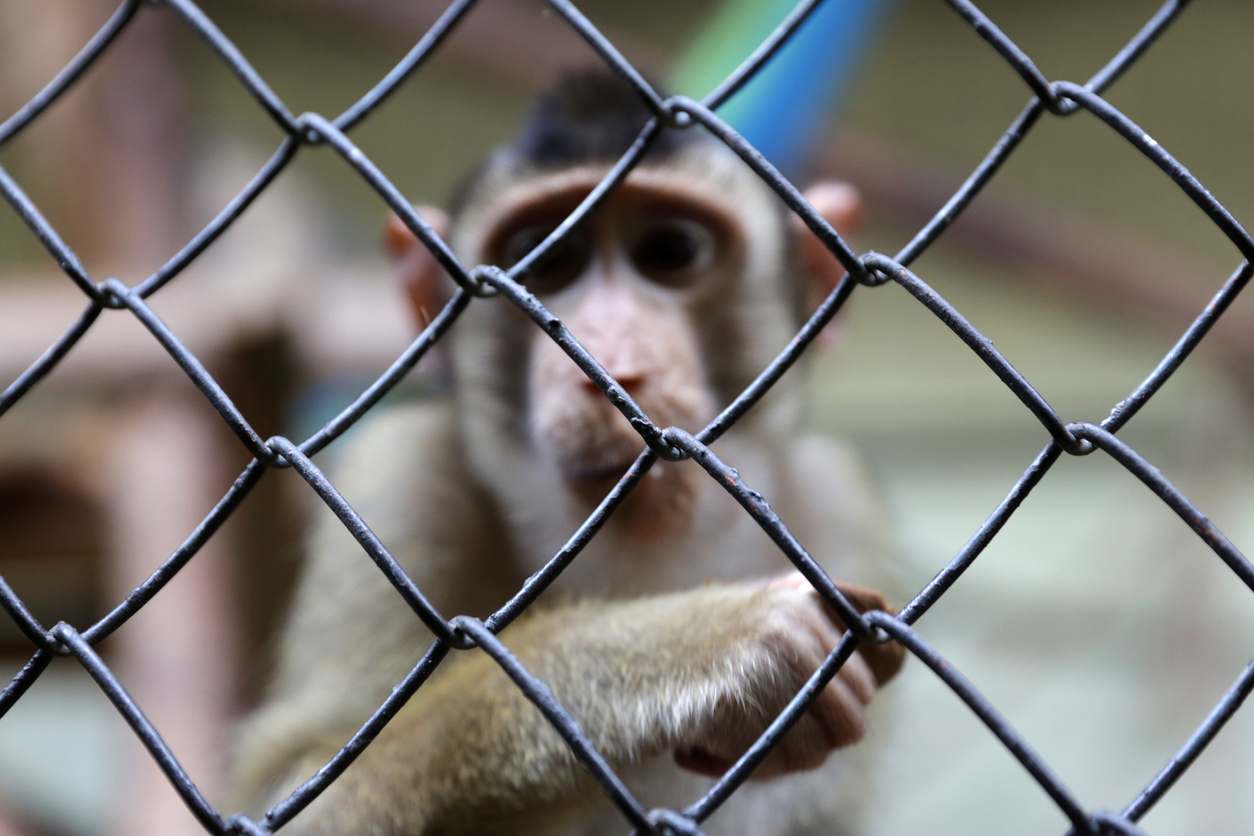