End cruel guinea pig experiments at U of Michigan!

Ringing in the ear, known as tinnitus, has been difficult to treat because it’s hard to study and the causes are unknown. But animal experiments are definitely the wrong way to go.

At the University of Michigan, guinea pigs are being used in horrible experiments to study tinnitus by inflicting damage to their sensitive ears by bombarding them with excessive noise. After that their brains are opened to insert electrodes in the cochlear nucleus and put through experimental sessions. 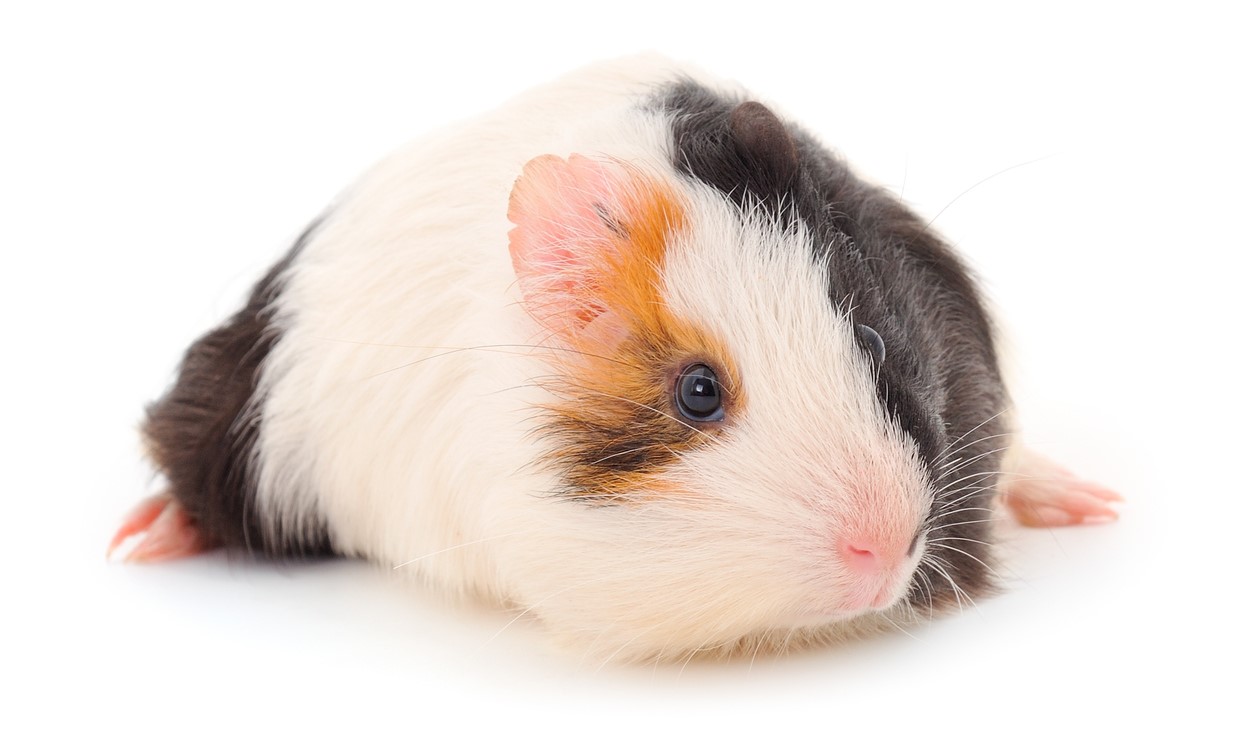 The same study at UM is also testing out a device for reducing tinnitus symptoms in humans. Please join CAARE in asking UM to drop the guinea pig experiments and proceed only with the non-invasive study on human volunteers.

Tinnitus has been challenging to study because it’s objectively difficult to measure, being based on “phantom noises” that only the patient can hear. Developing clear biomarkers that can show what is actually happening in the body is difficult.

Studying tinnitus in animals is utterly nonsensical. Scientists use behavioral tests on animals inflicted with “tinnitus” to detect indications of hearing impairment. But it’s impossible to confirm that what they hear is a ringing sound or that it in any way reproduces human tinnitus. 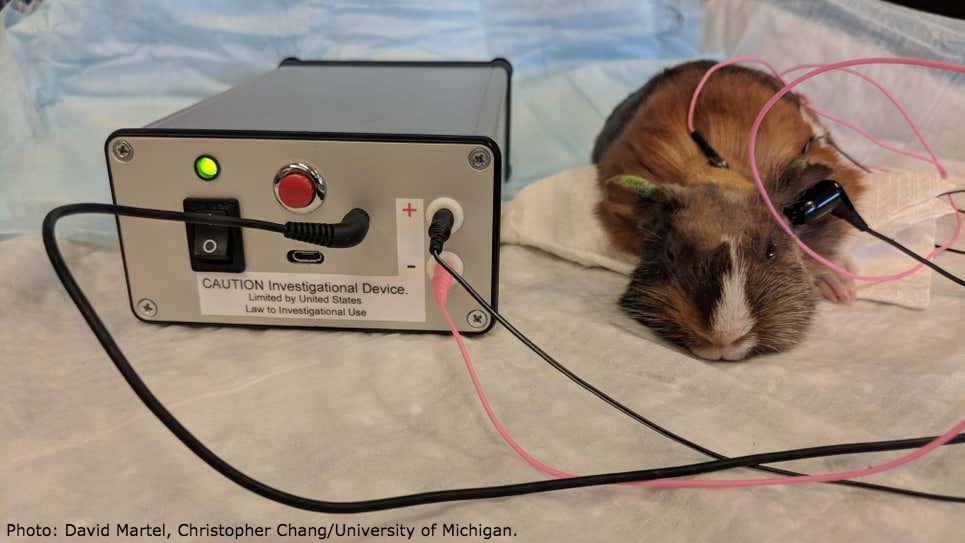 They scanned people both with and without tinnitus and found significant differences in those suffering from tinnitus. After applying machine learning to the data, the researchers were not only able to detect tinnitus but could identify with almost 90% accuracy those with moderate vs. severe tinnitus.

This study demonstrated for the first time an objective, clinical measurement for tinnitus, an important first step for developing a viable treatment.

Not only is tinnitus difficult to study in animals, it’s also unscientific due to biological differences. But scientists like to use guinea pigs for hearing research because, as one paper describes, they are “very docile animals that rarely bite or scratch, making them easy to work with in laboratory settings.” 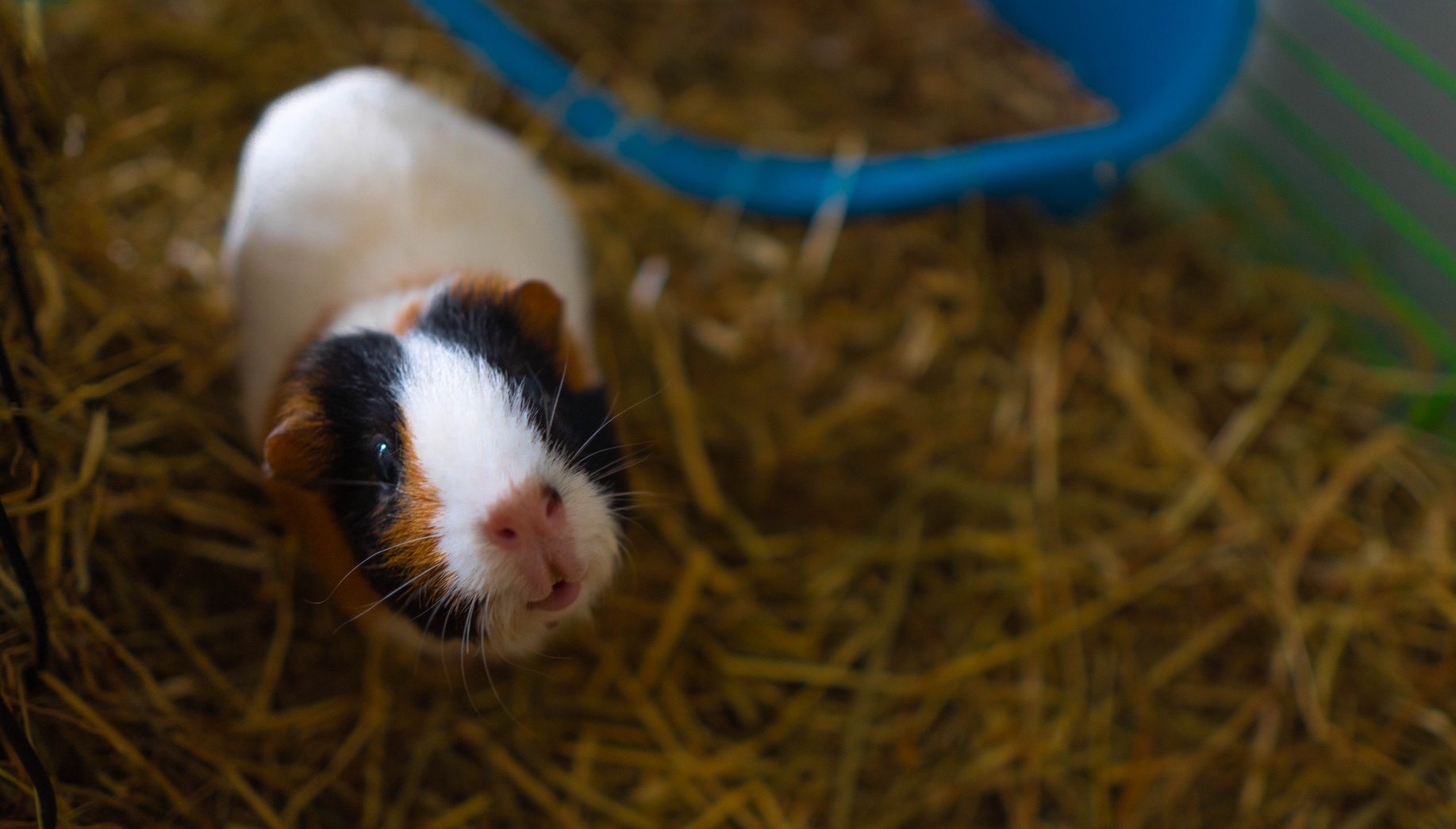 This may explain why USDA’s latest statistics show that numbers of guinea pigs increased by 10,587, or 6% for a total of 181,993 guinea pigs used in 2019. Worse still, 19,965, or nearly 10% were used in painful experiments without pain relieving drugs, making guinea pigs one of the most used species in this maximum pain category.

Send your polite letter today to ask UM to close down the guinea pig lab and focus solely on the human-based studies that show the most promise to help treat tinnitus. 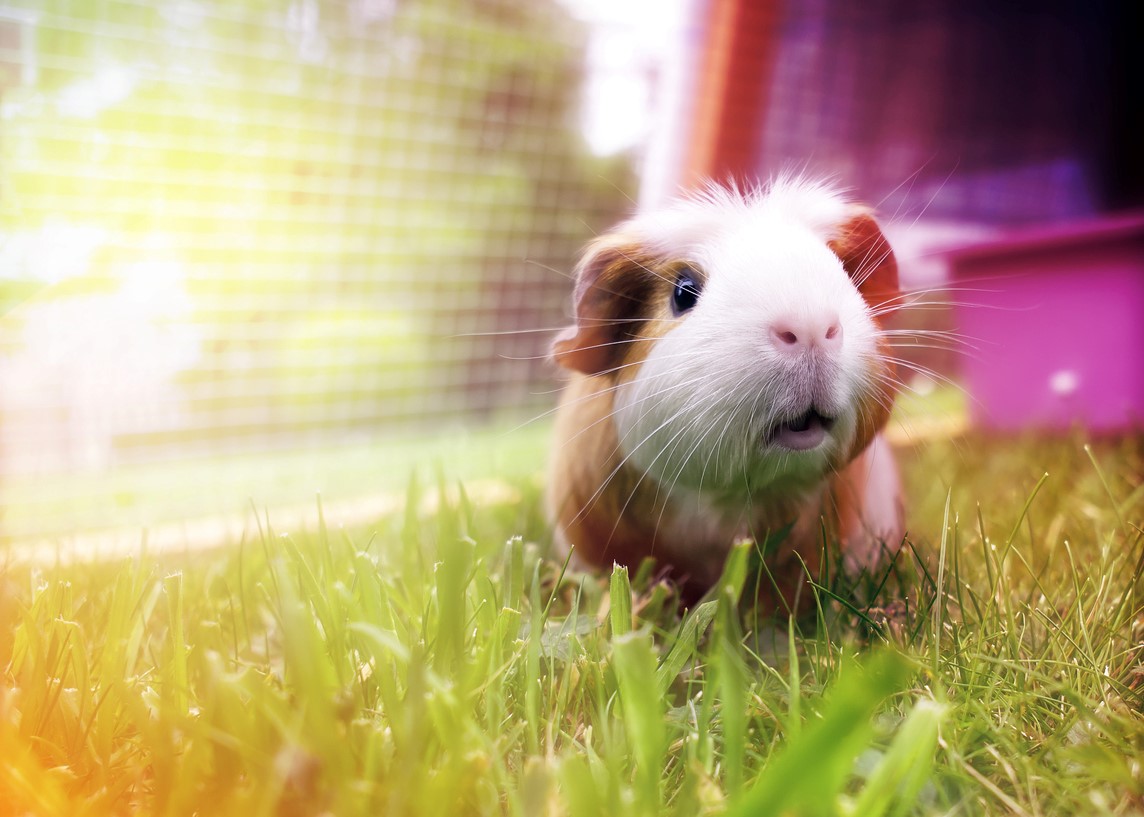